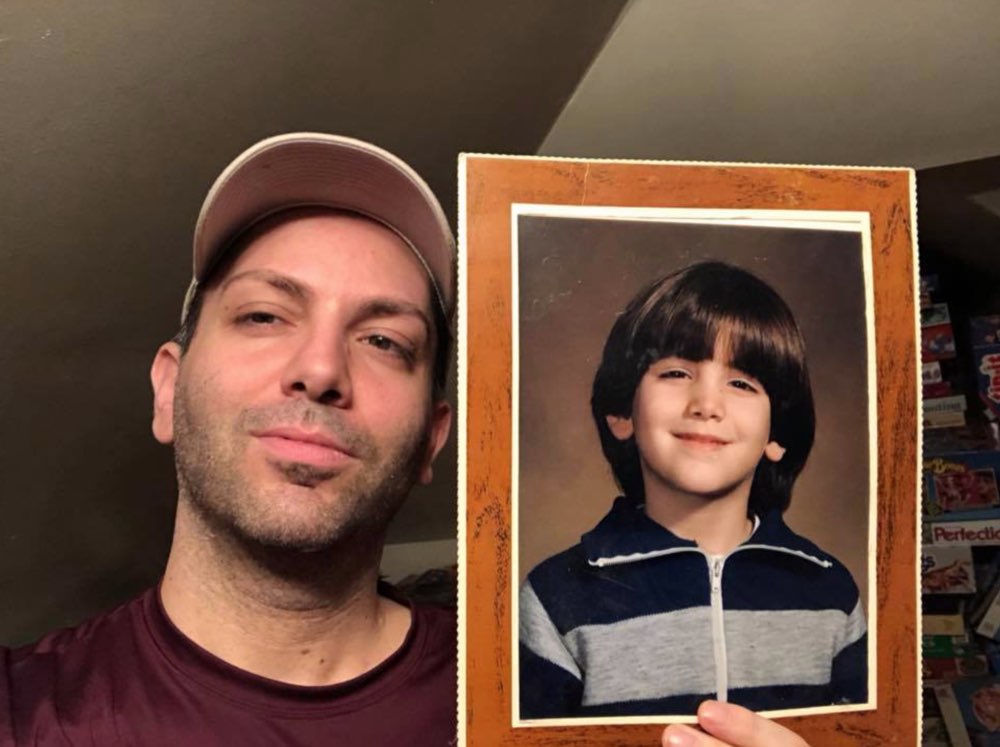 After that maybe I can take this stuff on tour, like for museums to showcase everything for limited times. Im sure many people would love to see all this stuff up close and personal. You've seen Comic-Cons. There's a huge market for all things nostalgic.  Everything that's left over will probably be sold so I can buy a home for the #1 person in my life, my Sister!
That sounds like a great idea.
It is. You know, I'll be honest. Money, Fame and Fortune sound tempting but it isn't my goal. My main goal is to release myself from the past and make peace with everything that didn't turn out the way I wanted it to. If I could do that AND make others happy in the process, hallelujah, all the better!
How do you plan on reaching the masses with the 80sThen80sNow website?
Well the web-sites primary purpose is to complement the other social media platforms. Facebook, Instagram, and Twitter have their own functions but it'll ultimately be the YouTube channel that'll showcase entire collections. Hopefully here the fans will fall in love with me almost as much as the possessions I own. If you notice most of the photos on here only contain samples. This is just a teeny, tiny preview of what's to come.
You mean there's even more?
Oh God yes! I honestly stopped counting after hitting five figures of 80's memorabilia.
I don't even know what to say.
Don't say anything. Just watch.
I certainly will. So, do you have a specific group of people in mind that you expect to follow you and your collection?
Originally, I assumed my target audience would be Men and Women in their 30's and 40's because like me, they experienced the 1980's through the eyes of a child. But after much thought I realized those in their 50's and 60's experienced the 80's through the eyes of young adults, ready to conquer the world. Then you have people 70 and up that, like their children, remember everything from the Cabbage Patch Kids craze to Pac Man fever. Then on the opposite end of the spectrum you have kids and teenagers now raised by 80's kids themselves. What a perfect opportunity and talking point that would be for Parents to show their offspring, "Look what Mommy played with when I was your age" or "This is what Daddy owned." So to answer your question, everybody. Everybody is invited to share in this.
That's awesome.
It's more than that. It's rad. It's cool. It's gnarly. It's totally tubular. It's bitchin!
Your story is inspirational and will no doubt help many others. Are you concerned at all with receiving responses that are negative?
I'm two steps ahead of you. The Internet, for all its wonderful intents and purposes is sometimes a breeding ground for viciousness, bitterness and contempt. I already guesstimate that for each video I post, there will ALWAYS be between 2 and 6% thumb downs and negative comments. It's going to happen no matter what I say. No matter what I do. No matter what I showcase. Chances are I'll probably offend certain people because I did something different than they'd normally say or do. There are always going to be those types of people in your life. Always! My job isn't to seek their approval. At the end of the day when my head hits the pillow, the only acceptance I need is my own.
Absolutely! Finally, is there anyone you'd like to dedicate this project to?
Yes. First and foremost I'd like to dedicate all this to my Parents who in my opinion, still had so many amazing talents left to give. I also dedicate this project to my Grandparents, extended family and friends and anyone else that departed way too early. I draw strength from each and every one of them.

I also want to dedicate what I'm doing to people with physical and mental disabilities. Whether you have broken bones, Autism, Cancer, Depression, P.T.S.D, Anxiety Disorders or anything in between, it's important that you remember your worth and that you're more than just a diagnosis or someone else's label. For every one celebrity you see on television or on the movie screen, there are literally 100 people just as, if not more talented who for whatever reason cannot get out of their own way to share their gifts with the world. I dedicate this entire project to you, the person sitting at home afraid to do what you want to do, afraid of failure, scared of ridicule, rejection and judgment or paralyzed by negative self-talk and doubt.
Agreed! Any parting words?
Fasten your seatbelt Kids! It's about to get mighty bumpy up in here!
© 2017 80sThen80sNow